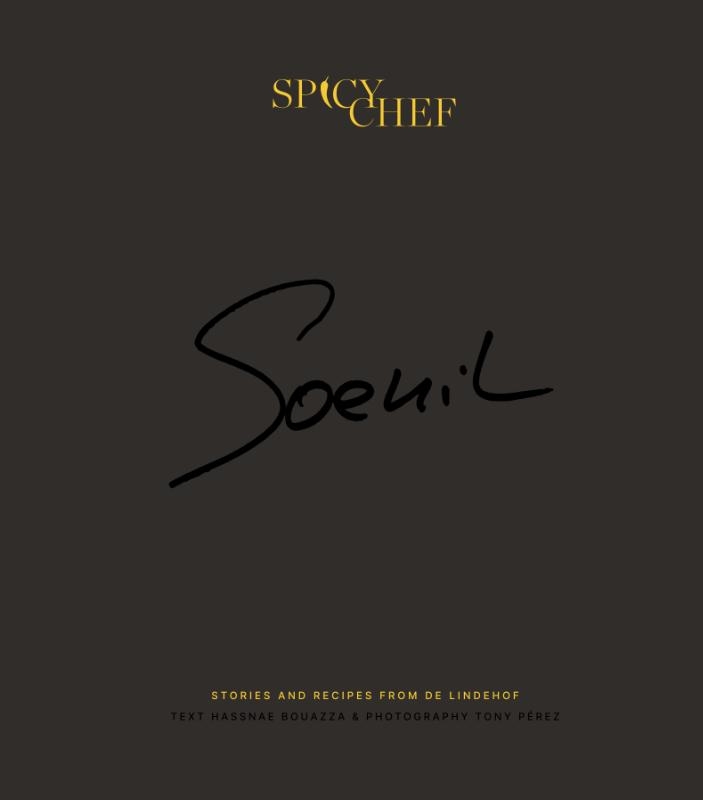 Soenil Bahadoer’s kitchen is a place where East meets West. At De Lindehof, his two-star restaurant in the Dutch town of Nuenen, Soenil loves to surprise the taste buds of his guests. He infuses cosmopolitan gastronomy with Indian-Surinamese ingredients and flavours, and the results are both eye-catching and mouth-watering. His dishes are a perfect fusion of Surinamese street food and haute cuisine – Soenil Bahadoer is the culinary equivalent of jazz-rock.

With over fifty recipes, Spicy Chef tells the story of Soenil’s Surinamese roots, and the role that food plays in his family. He offers tasty snacks such as brioche with bacalao and a compote of charred tomatoes, as well as main dishes like rendang with ginger beer ice cream and his family recipe for Surinamese bami noodles with mustard greens. The dishes in this beautiful book are both doable and daring, and provide a window into Soenil’s new Surinamese-Hindustani cuisine.

‘It’s impressive how Soenil Bahadoer is able to put his energy and exuberance into his dishes in such an enjoyable and above all delicious way. In his own inimitable fashion, he integrates herbs, spices, and ingredients to form a harmonious, unique whole. Now more than ever, Soenil Bahadoer is one of the defining figures at the pinnacle of Dutch gastronomy.’ — Jury for the Gault&Millau Awards 2020, who named Soenil Chef of the Year 2020


Levertijd: 1 tot 2 werkdagen
Copyright © 1996- All rights reserved | Deze website maakt gebruik van cookies
This template is made with by Colorlib