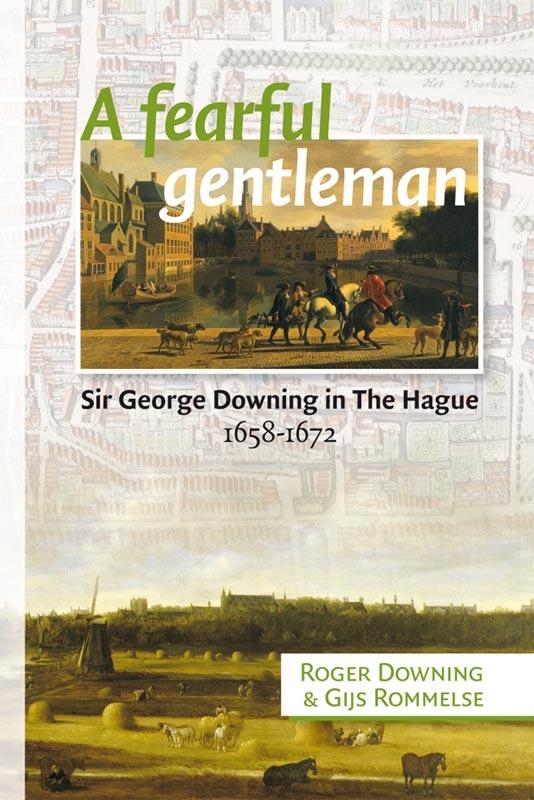 Sir George Downing first served under the Protectorate of Oliver Cromwell as diplomat in the Dutch Republic. Following the Restoration of Charles II in 1660 he transferred his allegiance to the new regime and was re-appointed to the post in The Hague. This period was characterized by fierce trade rivalry, which formed the background to the mid-century Anglo-Dutch wars. His defence of English commercial interests against the Dutch was crucial to his development as one of England’s leading mercantilists. A fearful gentleman shows that both extremes of Downing’s reputation stem from his experience and activities in the Republic: the odium resulting from his rounding up and delivery to their deaths of the new King’s former enemies, and acknowledgement of Downing’s role as administrator and reformer of English public finance, based on his observation of the more sophisticated Dutch system.