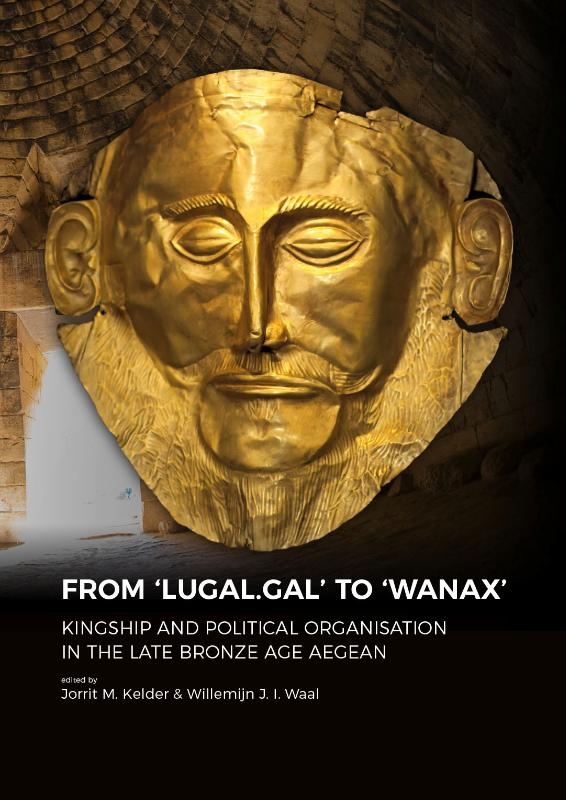 From ‘LUGAL.GAL’ to ‘Wanax’
kingship and Political Organisation in the Late Bronze Age Aegean
€ 75.00
Bij u in huis op: zaterdag
Bestel vóór: 21:00

In this book the much-debated problem of political organization in Mycenaean Greece (ca. 1400-1200 BC) is analysed and contextualised through the prism of archaeology and contemporary textual (Linear B, Egyptian and Hittite) evidence.

From the early 14th century BC onwards, Hittite texts refer to a land Ahhiya(wa). The exact geographic position of this land has been the focus of academic debate for more than a century, but most specialists nowadays agree that it must have been a Hittite designation for a part, or all of, the Mycenaean world. On at least two occasions, the ruler of Ahhiyawa is designated as LUGAL.GAL -`Great King`-; a title that was normally reserved for a select group of kings (such as the kings of Egypt, Assyria, Mitanni, Babylon and Hatti itself). The Hittite attribution of this title thus seems to signify the Ahhiyawan King`s supra-regional importance: it indicates his power over other, `lesser` kings, and suggests that his relation to these vassals must have been comparable to the relations between the Hittite King and his own vassal rulers. The apparent Hittite perception of such an important ruler in the Mycenaean world is, however, completely at odds with the prevailing view of the Mycenaean world as a patchwork of independent states, all of which were ruled by a local `wanax` -King.

The papers in this volume address this apparent dichotomy and discuss various interpretations of the available evidence, and contextualise the role of the ruler in the Mycenaean world through comparisons with the contemporary Near East.

2. MY BROTHER, A GREAT KING, MY PEER. EVIDENCE FOR A MYCENAEAN KINGDOM FROM HITTITE TEXTS
W. Waal

3. WHAT CONCLUSIONS MIGHT BE DRAWN FROM THE ARCHAEOLOGY OF MYCENAEAN CIVILISATION ABOUT POLITICAL STRUCTURE IN THE AEGEAN?
O. Dickinson

4. NO KINGS, NO INSCRIPTIONS, NO HISTORICAL EVENTS? SOME THOUGHTS ON THE ICONOGRAPHY OF RULERSHIP IN MYCENAEAN GREECE
F. Blakolmer

6. A GREAT KING OF ALASHIYA? THE ARCHAEOLOGICAL AND TEXTUAL EVIDENCE
A. Mantzourani, K. Kopanias, I. Voskos