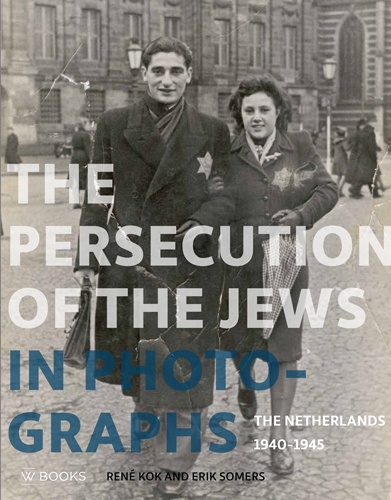 René Kok, Erik Somers
The Persecution of the Jews in Photographs
The Netherlands 1940-1945
€ 34.95
Uitverkocht/Niet leverbaar

The Persecution of the Jews in Photographs, the Netherlands 1940-1945 is the first book of its kind on the subject. Both the professional photographers commissioned by the occupying forces and amateurs took moving photographs. On 10 May 1940, the day of the German invasion, there were 140,000 Jewish inhabitants living in the Netherlands. The full extent of their terrible fate only became known after the war: at least 102,000 were murdered, died of mistreatment or were worked to death in the Nazi camps. This tragedy has had a profound effect on Dutch society. Photographic archives and private collections were consulted in the Netherlands and abroad. Extensive background data was researched, which means that the moving pictures have an even greater force of expression. The result is an overwhelming collection of almost 400 photographs, accompanied by detailed captions.
Engels Hardcover 9789462583160 Druk: 1 juni 2019 192 pagina's