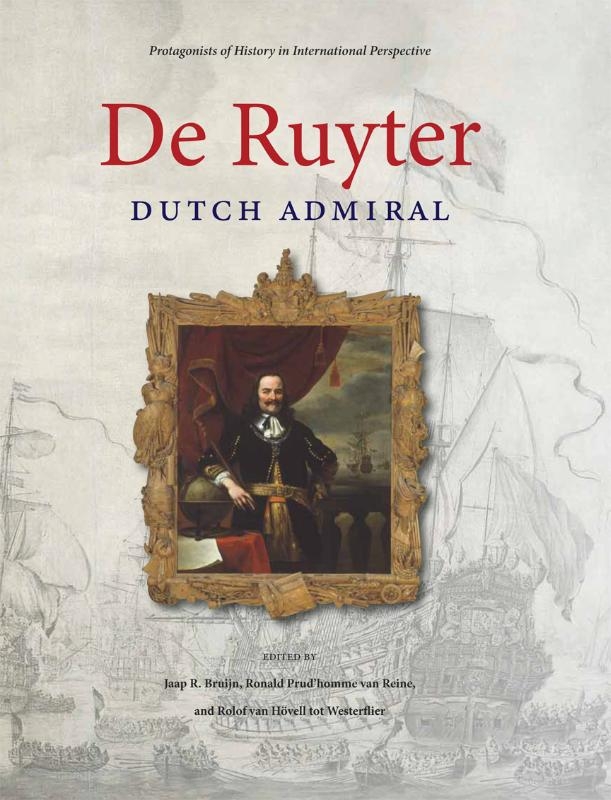 Was Michiel de Ruyter the greatest sea-commander who ever lived? Or simply the greatest sea-commander of the 17th century?
Some people see him as the man who saved the Dutch Republic, and ensured its independence. He knew how to fight a sea-battle on the grandest scale. He could also haggle like a canny Dutch merchant, achieving the release of Hungarian clergymen from Spanish captivity and that of Dutch sailors from barbarian imprisonment. Louis XIV, often his opponent, called him `a man who did honour to humanity`.
In this book, nine leading historical authorities, from seven different countries, examine his astonishing career.
The incredible life and career of Michiel de Ruyter
In 2007, Michiel de Ruyter celebrated his 400th birthday. To mark the occassion, many books were written in Dutch about this national hero. However, there is far more to the admiral than his mythic role in Dutch history. Indeed, De Ruyter is a figure of international significance who played an important role in the history of many other countries as well. Besides being a key figure in the Dutch Republic`s wars against England, Sweden, and France in the second half of the 17th century, he also proved an invaluable ally to Portugal, Denmark and Spain. Further, he was key in dealing with the Barbary corsairs. After he won the Four Day`s Battle in 1666, King Louis XIV inducted him into the order of Saint Michel. He was also honoured with titles in Denmark and Spain. Today he is still remembered in Hungary for his role in securing the release of clergymen forced to work as galley slaves by the Spanish. After his death at the Battle of Etna, his French enemies fired cannon volleys in his honour.
In De Ruyter, Dutch Admiral, historians from seven different countries provide their unique visions of this remarkable figure in an English language publication. Edited by Jaap Bruijn, Ronald Prud`homme van Reine and Rolof van Hövell tot Westerflier, this book helps to shed light on de Ruyter`s effect on the complex times in which he lived.