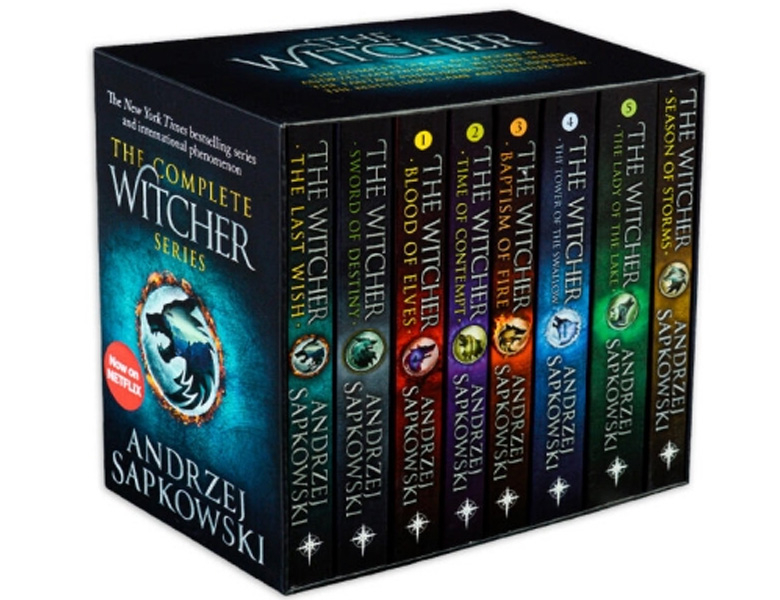 Meet Geralt of Rivia - the Witcher - who holds the line against the monsters plaguing humanity in the bestselling series that inspired the Witcher video games and a major Netflix show.

The Witcher's magic powers and lifelong training have made him a brilliant fighter and a merciless assassin.

Yet he is no ordinary killer :he hunts the vile fiends that ravage the land and attack the innocent.

. . and in every fairy tale there is a grain of truth.

This boxed set contains all eight books :The La'sT Wi'sH, 'sWord Of De'sTINY, Blood Of Elve's, Time Of CONTEMPT, Bapti'sM Of FIRE, The Tower Of The 'sWALLOW, The Lady Of The LAKE, 'sEa'sOn Of 'sTorm's.